Home » Employer Resources » How to Conduct a Phone Interview

How to Conduct a Phone Interview Where Does A Phone Interview Fit Into The Hiring Process?

A phone interview, or phone screen, is a method for learning more about an applicant and determining which job candidates should be further considered for a role. If a resume or cover letter piques the interest of an employer or hiring manager, a phone interview is a great next step. It is a chance to speak with candidates and give them a chance to speak on their own behalf. Generally, a phone interview lasts about 15 – 30 minutes. The goal of the phone screening is to understand the applicant’s qualifications, work experience, and desired salary. From here, you can choose which candidates should and should not move forward in the interview process. For the candidates you are impressed with, you will likely want to invite them to a more extensive, in-person interview.

While a normal interview can be accomplish all of this, a phone interview has added benefits. Phone screens allow you to eliminate unqualified applicants earlier in the hiring process, saving you time and money. They are easier for everyone to schedule since travel and location are no longer factors. And, due to the lack of visual interfacing, there are subconscious biases that are circumvented with a phone interview.

Preparing For A Phone Interview – For Interviewers

There aren’t hard and fast rules for how to conduct a phone interview. That said, there are some generally agreed upon best practices.

What Are The Best Questions To Ask In A Phone Interview?

The questions you ask should reflect the goal of the phone screening. Because phone interviews are generally used to make early cuts, your questions need to address qualifications, salary expectations, and work history. While many interview questions are universal, some are particularly useful to ask at this stage, and over the phone. Here is what you want to learn during the short time you spend conducting a phone interview.

What Are Some Red Flags To Look Out For?

There may be a fine line between the candidates that move on in the hiring process and those eliminated by a phone interview. Knowing what to look out for during a phone screening will help make this line clear and provide reassurance that you are making the right choice.

For one, pay attention to where the candidate’s interests lie. If the majority of their focus is on compensation and perks, they may not truly be interested in this work. It’s one thing to ask about the day-to-day of the job, it’s another to only ask about vacation and breaks.

This leads nicely into a second red flag: General disinterest or lack of questions. Candidates should be researching how to conduct a phone interview on their end, as well. If they come in without their own questions or curiosities, they aren’t putting the work in. They probably won’t ask everything they want to know in a shorter interview, and that’s ok, but they should have something to ask on their mind.

Perhaps the biggest red flag is one we touched on above: Gaps or inconsistencies in a candidate’s application. A candidate’s LinkedIn may say one thing and their resume another. They might also have some employment gaps. If an applicant is unable to satisfactorily answer reasonable concerns about discrepancies or employment gaps, that should serve as an easy deal breaker.

More On How To Conduct A Phone Interview

While this article absolutely covers the basics, and then some, you can always improve your interviewing skills. Knowing some of the generally used interview questions is a good next step for developing your personal interview process. Since some candidates will be cut after a phone interview, knowing how to write a graceful rejection letter is also an extremely useful skill. For any further advice, be sure to check out our other articles. 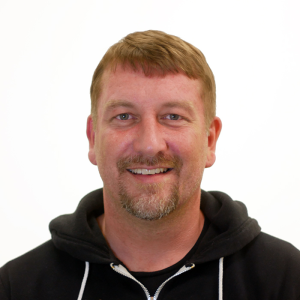 Marc is a Partnership Manager at Find.Jobs. With years of experience hiring and managing employees in the Transportation and Logistics industry, he brings a unique perspective on the difficulties of hiring in a high turnover industry.
Share on facebook
Share on twitter
Share on linkedin
PrevPreviousHiring Interns – What Your Business Needs to Know
NextHiring Remote Workers Can Help Your Business Boom, If You Take Their Needs Into ConsiderationNext

Are you a Job Seeker?  FIND JOBS

The parent company of .jobs and Find.jobs, Employ Media, LLC is the licensed operator of the .jobs TLD on the internet. © 2019 Copyright Find.jobs. All rights reserved.

Part of the .Jobs Universe